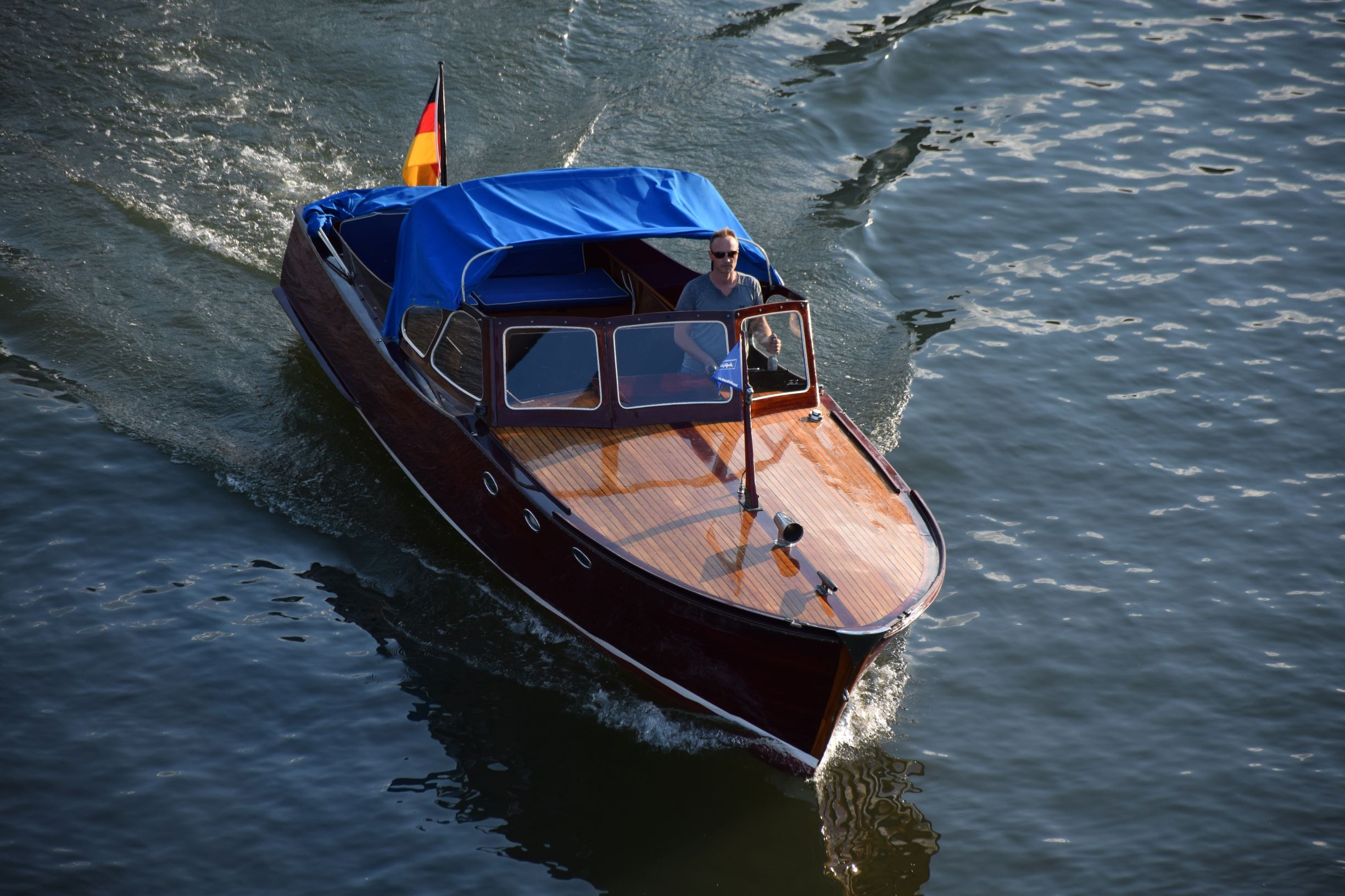 The Solö Ruff was marketed in the 1960s as a "well thought-out family cruiser". Attributes such as "beautiful, seaworthy and particularly suitable for cruising" were advertised in the catalogue of the shipyard AB Örnmaskiner (later Storebro Bruks AB). Various versions were built between 1952 and 1964, differing in dimensions. The one restored here is with 7.25m length and 2.25 beam one of the largest with single engine and offers lots of space, especially in the cockpit.
The Solö Ruff was one of the first types to be mass-produced by the boatbuilding division of AB Örnmaskiner in Storebro, Sweden. Each component was prefabricated and given the build number, which ensured allocation.
Among the many customers are also well-known personalities such as the author Astrid Lindgren, who sailed the Swedish outer archipelago with her "Solö". During the restoration, we put the focus on use and safety. The typical soaking, which is common with older clinker hulls, is not necessary with the method we chose. It was important for us to manage without a GRP coating, often referred to as a shroud. The boat takes only a small amount of water and is immediately ready for use. The structures have also been strengthened and the keel bolts have been replaced, so that the boat is easy to trailer from area to area.

on the way to new owner